Music that lifts up and transcends 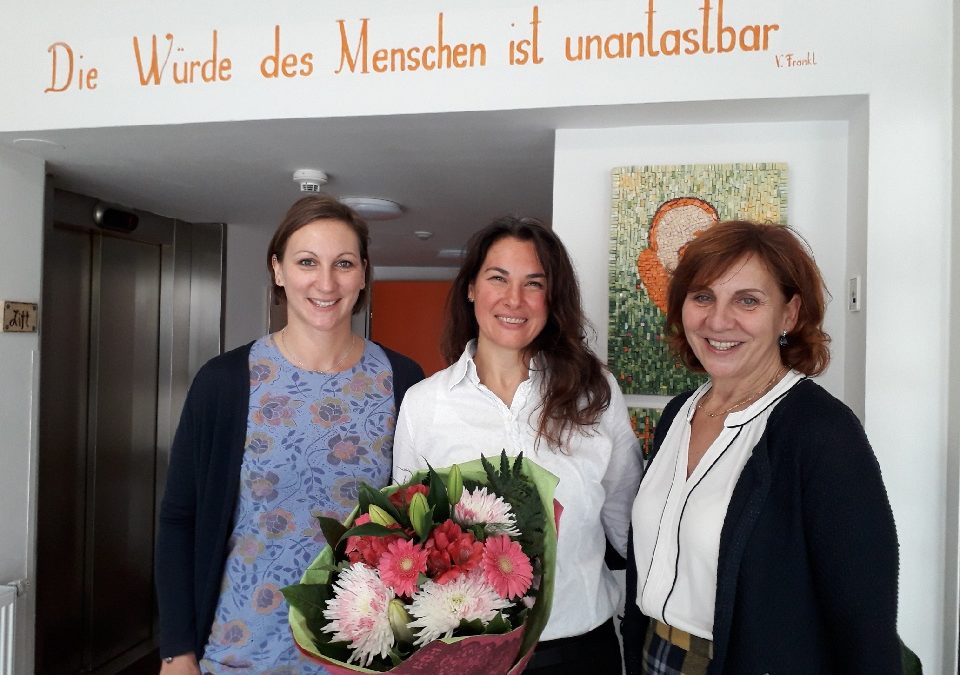 On Nov. 8th, 2018, I volunteered to play a Community Support concert at the Geriatric home Rodaun in the 23. district in Vienna. The owner and the director of the Geriatric home Rodun, Mrs. Hilde Haeussle and her daughter Alice so warmly welcomed me (the three of us are in the photo taken after the concert) and all three of us had tears as the concert was finished, feeling transcended. My heart was full.
The feelings after the concert were unforgettable and overwhelming for me as well as for my audience there. Some of their residents held their hands as they felt the flood of emotions during my concert, as Hilde and Alice told me afterwards. Some people that usually do not attend concerts there, came alone in the middle of the concert, inside of their wheelchairs, as the sound from the corridors pulled them inside of the concert room.
As I finished playing my song “Aloft”, someone in the audience commented aloud, “this is as good as the magic!”
Alice send me the following note later today that really moved me: “Liebe Antonija! Deine Musik hat die Herzen unserer BewohnerInnen sehr berührt und verzaubert????. Wir wollen uns bedanken für dieses aussergewöhnliche, feinfühlige und herzliche Konzert.” (Dear Antonija, your music has touched and enchanted the hearts of our residents. We want to thank you for this extraordinary, emotional and heartful concert.)
I thank everyone and I promise to be back at Rodaun next year!